Whatever you think about the referendum - there is the heady smell of change in the air in Scotland just now. Big ideas are not just being thought up - but they are being discussed and taken seriously. Whatever the outcome next September - one of the legacies of the process promises to be a better informed and motivated population - one that will not be satisfied with the 'Ay Been' any longer. 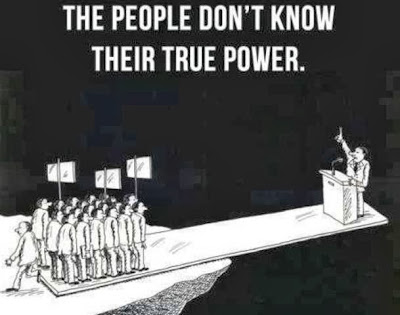 Not normally heard in the same sentence...today the Local Government lobby have launched their ambitious and radical vision for the expansion of local democracy in Scotland. Bring it on....

“Scotland has a choice to make, not just about its constitutional future, but about how that future can be used to change lives in local communities”
'Improving lives in Scotland means, for the first time, enshrining local government as an equal partner in the governance of Scotland.That vision might seem radical and ambitious, but it is surely one that rings true with all those involved in the debate about Scotland’s future.
Across western Europe, communities are already reaping the rewards of independent and empowered local government. Scotland must be no different' 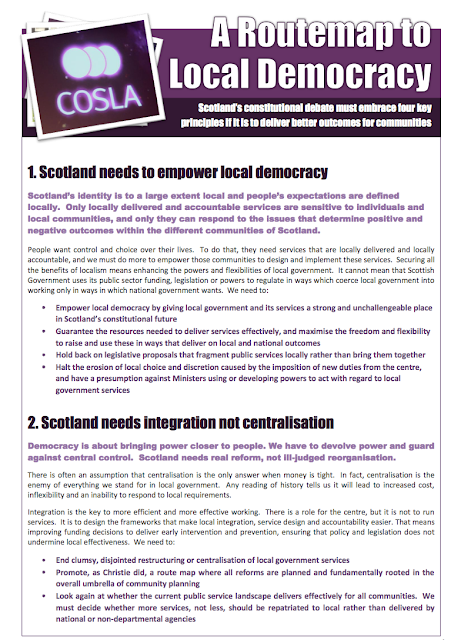 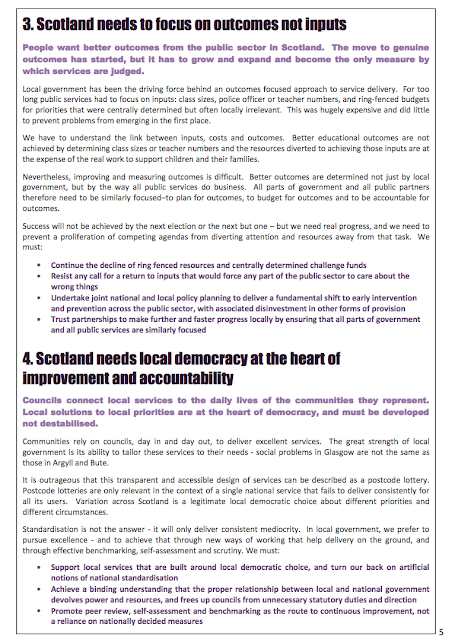