A couple of funding opportunities.. 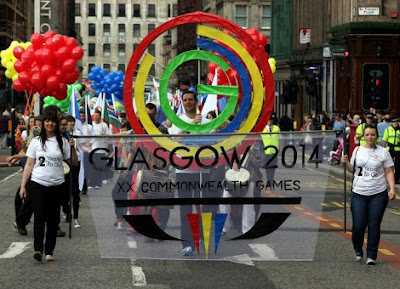 This fund is a major component in the development of the nationwide Glasgow 2014 Cultural Programme and aims to enhance the Games experience for Scotland's communities, spectators and visitors, as well as present the best of Scotland's culture alongside that of the Commonwealth.
A total of £4million is available and individual artists, community-led groups and arts organisations are invited to apply for awards ranging from £20,000 to £300,000.
Projects can be one-off events or enhancements of an existing festival or programme of work. They can feature in either or both the Scotland-wide programme Culture 2014 - which will focus on the countdown to the Games before the focus subsequently turns to other major events, such as the Ryder Cup and the Edinburgh Festivals - and Festival 2014, which will transform Glasgow during Games-time.
The deadline for applications is Friday 22 February 2013.'
Head here for more info


The Sylvia Waddilove Foundation UK
'Provides grants of between £1,000 and £10,000 to charitable organisations for new projects relating to education, the visual and performing arts, and disability. Grants are only given to organisations with a turnover less than £500,000 and who fulfil the criteria of the Trustees. The Trustees aim to meet in January, April, July and October each year.

The next deadline for applications is 4 January 2013.'
More info available here
Posted by The Commonty at 12:11 PM