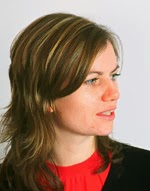 Leonie Bell, Director of Arts & Engagement: Leonie has worked across the arts and creative industries for over 16 years. She began her career at Glasgow: UK City of Architecture & Design in 1999.  She then moved to The Lighthouse, Scotland’s Centre for Architecture, Design & the City where she became Programme Director. In 2008 Leonie moved to the Scottish Arts Council where she took up the role of Creative Programmer for the London 2012 Festival and Cultural Olympiad in Scotland. Within this role she was responsible for developing and delivering a Scotland-wide strategy that spanned the cultural programme for London 2012 and the development of a national cultural programme for Glasgow 2014.

The Director of Strategy post is a fixed term appointment for 12 months and represents the only entirely new post in our structure.
A further post of Director of Film & Media is still to be filled and the recruitment process continues. An announcement regarding this post will be made in due course.
Janet Archer, Creative Scotland’s Chief Executive, said of the appointments:
“I am delighted to announce Leonie and Ian's appointments and to welcome Gerard and Philip to Creative Scotland. They bring a high level of experience and expertise in their respective fields and an ambition and passion for the arts, screen and creative industries in Scotland. All are excited at the prospect of working for an organisation that champions the intrinsic value of arts and culture as well as well as the commercial creative sectors.
“The number and calibre of applicants for the posts was tremendous and, as a result, the recruitment process has been inspiring. I want to thank everyone who took the time to apply.
“These appointments further strengthen our senior team, enabling us to better serve the people and organisations that we are here to support.
“I very much look forward to working closely with them as we continue to work towards a positive future for both Creative Scotland and for everyone in the arts, screen and creative industries.”
Leonie Bell and Ian Stevenson will take up their posts with immediate effect while Philip Deverell will take up his post on 6th January and Gerard Kelly on 13th January.

Full details and biographies of the new directors - here