And, if you need a little last minute plan to get out of the house tonight - down tools and get to Brigend Theatre in Dumfries for Murray the Magician…


A death-defying escape, never performed before in Scotland, will have Dumfries audiences gasping on Wednesday night.
Magical entertainment, Hooverville-style, comes to the Brigend Theatre when Murray the Magician will attempt to free himself from a flooded, padlocked milk churn after five minutes of complete submersion.
'There have been similar escapes performed like this one,' said Murray, 'but this is the first time this particular one has been done in Scotland.
'To make it even more difficult for myself, I'm going to get the audience to inspect the can and ask them to bring along their own padlocks.
'I've been practising the escape and I'm feeling confident.'
The entertainment is part of Murray the Magician's jaw-dropping Firelight Show which he describes as 'good old-fashioned magic.'
'The show echoes the tent shows during America's 1930s' Dust Bowl Depression era where the entertainment was often dark; some of it spiritualist in nature; some conjuring; and some just plain weird. 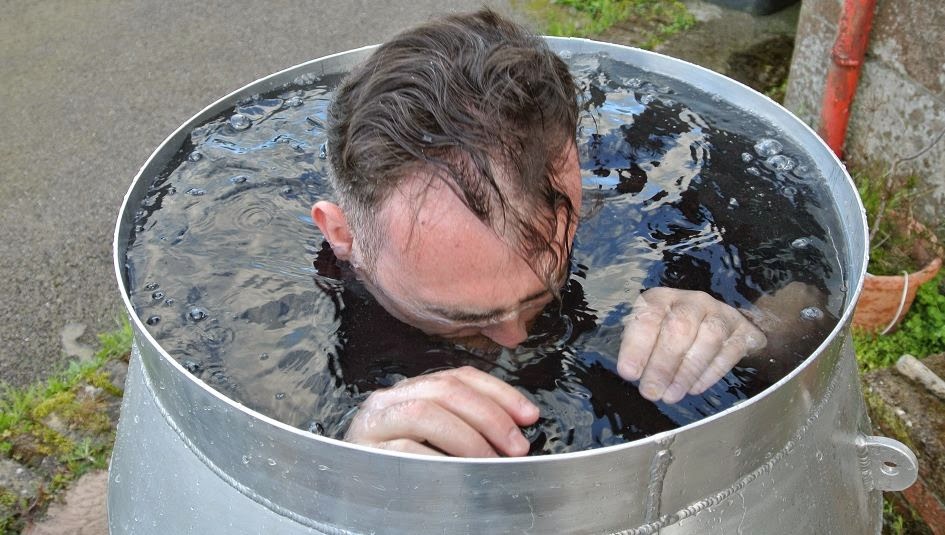 Other key features of the show are: 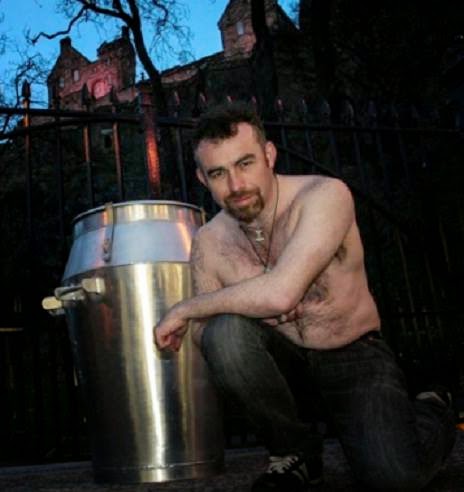 'This is the chance to see proper magic and mystery acts of that 30s' era,' added Murray, 'hard-hitting entertainment to reflect those difficult times.'
Murray the Magician’s Firelight Show begins at 7.30pm.
For further information on Murray visit: http://murraythemagician.weebly.com or visit his Facebook page at www.facebook.com/MurrayTheMagician
The show is part of this year's Dumfries and Galloway Arts Festival Fringe events.
Posted by The Commonty at 2:25 PM