Yestival - the Summer of Independence

Dear Commonty, welcome to Yestival - the summer of independence 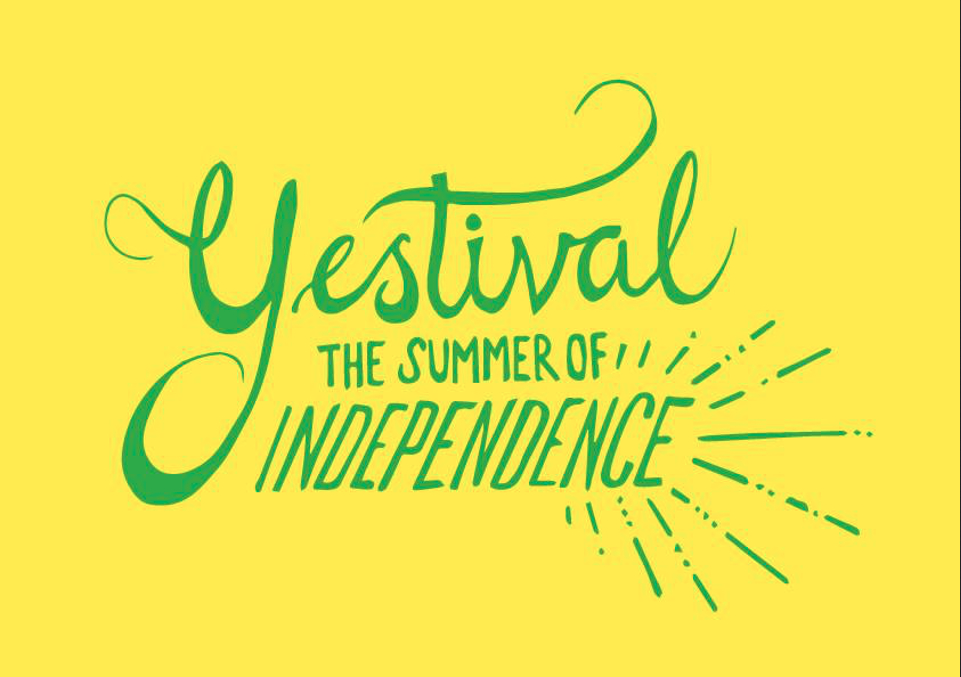 Travelling across Scotland from the 30th June until the 3rd August, the Yestival tour will showcase the grassroots cultural movement for Scottish Independence and will include communities in the Scottish Borders, Dumfries & Galloway, central Scotland, Western Isles, the Highlands, Orkney, Shetland, the North East, Angus, Perthshire and Fife as well as all of the country’s seven cities.
The busy schedule will include a mixture of small gatherings, pop-up happenings and larger scale events together with a few surprises along the way.
All of this is possible after a highly successful crowdfunder which raised the targeted £30,000 to help make Yestival happen. It cannot be overstated how much each contribution is appreciated. A massive thank you goes out to everyone who has donated.
Featuring an array of artists, details of which will be announced shortly, the Yestival tour is only one part of Yestival – our month long celebration in communities across the whole of Scotland. We’d love to visit every single town, village, nook and cranny of the country but time is against us. Beyond the tour itself we encourage other yes activists to host events in their own communities throughout July. Whether your event involves music, theatre, art, film, discussion or debate, get creative and take part in the Summer of Independence! Yestival will showcase this buzzing grassroots activity on our media platforms for the world to see. This is our one big opportunity to show the world we can Imagine a Better Scotland.
Leaving on the 30th June from National Collective’s subterranean headquarters in Leith, The Art Cave, the touring party will travel the length and breadth of Scotland and is hosting events in the following locations on these dates:
30 June – Haddington
01 July – Melrose
02 July – Sanquhar
03 July – Ayr
04-06 July – Glasgow
08 July – Falkirk
09-12 July – Edinburgh
13 July – Fort William
15 July – South Uist
16 July – North Uist
17 July – Harris
18 July – Stornoway
18 July – Skye
19 July – Ullapool
20 July – Inverness
21-22 July – Orkney
23-24 July – Shetland
25 July – Lossiemouth
26 July – Aberdeen
28 July – Montrose
29 July – Arbroath
30 July – Dundee
31 July – Perth
01 August – St Andrews
02 August – Stirling
For further announcements and details for Yestival, please visit www.nationalcollective.com/fundraising
@wearenational

Ross Colquhoun, Director of National Collective, said:
“Yestival will be a major cultural event at the centre of Scotland’s summer of independence and will be an exciting way of taking the Yes message directly to people in their communities.
“Of course creating that confidence is partly about economics and political preparation. But it is also about cultural confidence, about confidence in your community and its people, and about the basic democratic principle that Scotland should govern itself.
“The Yestival tour will be about adding a bit of fun and imagination into the referendum campaign, and inviting the people of Scotland to dare to dream. We’re calling on all artists, writers and activists to join in, now’s the time.”

If you are interested in getting involved in the D+G Yestival date in Sanquhar on 2nd July please contact: YestivalDandG@gmail.com

see you in Sanquhar!