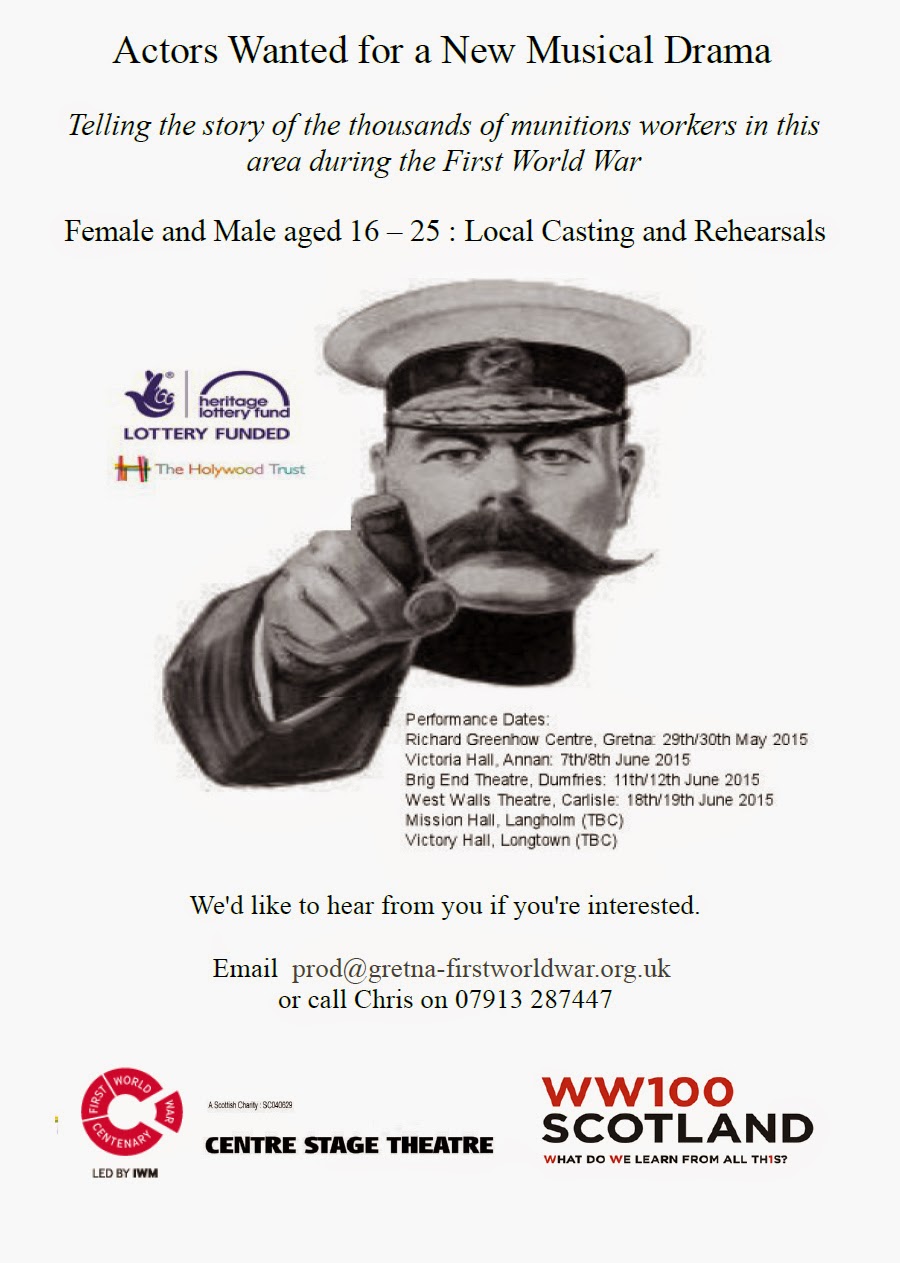 Call for actors to take part in a new drama telling the story of the thousands of female munitions workers at HM Factory Gretna.
We’re looking for actors (or potential actors!) aged 16 –25. Rehearsal will begin in February and will tour May and June 2015.
The work draws on archive material, social history, music and entertainment of the period.
The project is funded by The Heritage Lottery Fund and The Holywood Trust.
Facilitated by Centre Stage Theatre who are part of The First World War Centenary Partnership, led by Imperial War Museums
Posted by The Commonty at 11:29 PM