From the DG Unlimited team

An important step forward was taken this week in the development of the Cultural Map of Dumfries and Galloway. A group of volunteers, including the Area Arts Convenors, was brought together to look at the system as it stands, see what it can do, hear about the remaining issues and – crucially – to be asked to carry out a terrier-like testing to identify other glitches. This is to ensure it is as user-friendly as possible right from the start. 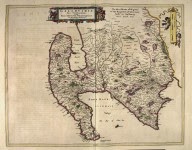 The council team, led by Gavin Keith, which has been taking the project forward, has created a mapping system which will allow creative people from across the region to put themselves on the map for free.

It’s hoped that this will be a superb showcase for the region’s creativity and an invaluable directory of skills, interests and capacities of all kinds. There are already hundreds of entries on the database and everyone included will have the chance to check, change, delete, add and update entries.

While it is designed as a who’s who and what’s where the cultural map will also point people towards places where they can get what’s on information. The mapping system is already attracting a lot of interest from other groups and organisations keen to use the idea to map all sorts of other socially useful data. Once the testers have had a chance to feedback on the map the team will push ahead with changes and updates before moving on to a soft launch. Exactly when this happens will partly depend on the changes which are agreed and how long they take – but we’ll be keeping you in touch with progress.

The map was started as a commission under the Fresh Start process and is being jointly delivered by D&G Council and DG Unlimited. Once up and running it will be accessible through the DGU and council websites – or just by googling.
Posted by The Commonty at 1:03 PM