On 20th May 2015 Regional Arts Hub Working Group met with DGU Trustees - in advance of the DGU AGM: 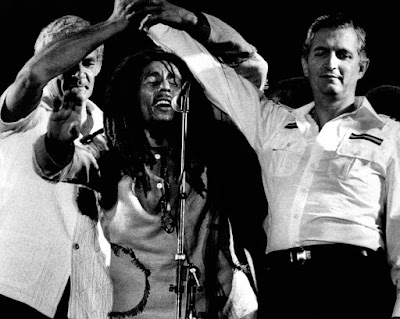 
(MB) highlighted that the purposes of the meeting were to:


·       Understand the procedures of the forthcoming AGM


·       Discuss a proposal for additional changes to the DGU constitution


Jim Tildesley (JT) spoke on behalf of the DGU Board and clarified that the procedure of the AGM would be to:


·       Seek to pass new motions that make changes to the existing ‘model’ constitution as being suitable for our needs as a rural arts, heritage and culture membership organisation. (See membership information as provided to members by DGU Board on May 16th 2015)


2a. Motion being proposed at the AGM


Members have been notified of this proposal and have the opportunity to vote by proxy.  It was confirmed that other members would vote on this motion at the AGM in person, but the votes by proxy would be included after this to give a final result.


2b. DGU Board Membership


(JT) confirmed that there would be twelve board positions in total, including the two proposed members of the Regional Arts Hub.  Those two members would have full rights and responsibilities as Charity Trustees of DGU.


If the motion is passed at the AGM – then the full membership will have the opportunity to vote, either by email or in person on the election of new Trustees and other matters.  Two Trustees would be responsible for the validation of electronic voting.


Interested persons can be nominated, or nominate themselves for election as Charity Trustees to serve on the Board of DGU for a three year period.   It is expected that voting will take place on or before the 1st of July 2015.


3.  Future of the Board of Trustees


There was a proposal that all Charity Trustees could stand for re-election by default to enable the fullest democratic process to take place, and whilst it was agreed that this would be effective at demonstrating transparency and willingness to begin the second year with an unequivocal member’s mandate, it was agreed by the majority of those present at the meeting that, because of the young age of the organisation, – this might send the wrong impression to key stakeholders and cause problems of instability (regarding continuity) within the Board.


Legally –DGU Charity Trustees have offered and been agreed to hold position for a three year period by the original three founding Trustees and there is still some time remaining for service by most of the Trustees, this procedure is according to the founding Constitution of the organisation.


For the first time (in July 2015) new Charity Trustee’s will be elected by the fullest possible vote of the membership – which members of the meeting were pleased about.


There was further interrogation of the practise of open recruitment in the initial stages of setting up the organisation and Cate Ross (CR) mentioned two letters from the Dumfries and Galloway Arts Partnership (DGAP) and the founding Board of Charity Trustees of DGU which she reported were seen as inconsistent in wording regarding ‘Conflict of Interest’ issues. (JT) commented that the initial letter of invitation was from Dumfries & Galloway Council and the DGAP Board and regarded the recruitment of the founding Charity Trustees of DGU, which was stringent in ‘Conflict of Interest’ issues but that later letters were worded according to the protocols set out in the new Chamber of the Arts (DGU) Constitution which are also stringent in such matters, but allowed any member at that time to offer themselves as a member of the Board.


Members of the RAH were satisfied that the process was fair and balanced, and it was pointed out that several Charity Trustees were invited to their positions because most other stakeholders were part of other developments which had led us to that point. It was understood that in our region it would be inevitable that Conflicts of Interest ‘s would arise within DGU and that clear protocols would be followed in such cases.


(JT) acknowledged that should members wish to pass a vote of no confidence in the Board, or raise a resolution to terminate the office of a Charity Trustee via a member’s meeting– there is a mechanism in place (see 62.9 In the founding Constitution). Also protocols are in place which allow members to express their concerns in writing to DGU Board of Charity Trustees directly.


It was agreed by all that we should all be actively recruiting members to DGU – and encouraging those who felt left out to take advantage of memberships.


It was also felt that the website and associated publications were the best way to increase membership, rather than via the founding documents.


3a. Vote of Confidence in the Chair of DGU Board of Charity Trustees


An overwhelming vote of confidence was placed in Cathy Agnew in her role as Chair of the organisation, and in the work of the Board of Trustees thus far. Many thanks were offered on behalf of the membership for the time, commitment and advocacy that has been gifted by the DGU Board.


There was also support from RAHWG members present for the motion by (MB) that, the RAHWG recommended that Cathy Agnew be invited to be Co-opted at the AGM to hold the role of DGU Chair for the next year, with a focus on succession planning and working towards a new chair of the Charity Trustees


Jim Tildesley advised the meeting that Cathy Agnew could only return to the new Board if the elected members of the new Board, after assessing their experience and skills, used their powers of co-option.


4. Proposed changes to the Constitution


A full discussion took place between Trustees and RAHWG members surrounding each suggestion where it was that the public facing material published by DGU would very much reflect the spirit of the proposed amendments, but that the Constitution itself could remain as is on the grounds that the wording fulfilled technical requirement of OSCR and that the spirit of DGU was best conveyed by the material published on the website, therefore members of the RAHWG working group did not recommend any of the suggested amendments being carried forward in this instance.


(MB) thanked (CR) for the suggestions. (if anyone wants to see a copy of the amendments proposed by Cate - please contact the Secretary of the RAHWG at simon@catstrand.com)


It was agreed that a social event would be welcome for all the RAH and Board of Charity Trustees in the future.


(MB) thanked both members of the RAH Working Group and Trustees of DGU for their attendance.


The date and time of the next RAH Working Group would be agreed through email.