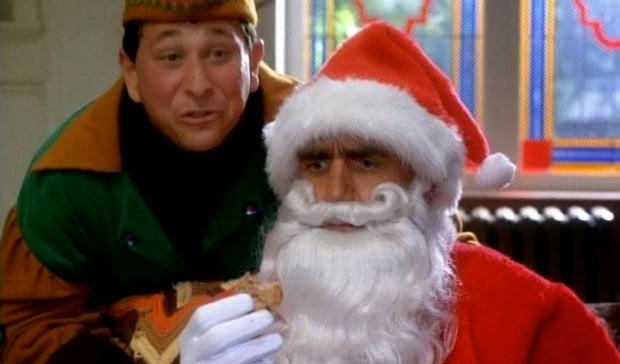 Santa was booked in for a brain transplant and Mrs. Claus had to select a new one from her local brain storage facility.
The brains were all sorted according to the profession of the donor, not colour, race, creed or price.
The first brain was that of and accountant price £25,000 she was told, it was a very good brain for the price as Father Christmas could make a lot of money as an accountant.
She thought a while and asked about the next one which was an investment banker’s brain for £35,000 in including the operation and after care looked quite a bargain.
But a lone brain caught Mrs.  Christmas sharp eye’s, right on the top shelf all by itself, “What about that brain that looks  a good one”.
“That brain is very special, its the brain of and Artist its £2,000.000.”
“Why is it so expensive, is it because artist’s are single minded, highly creative individuals of extremely high intellect ” she asked excitedly.
“Nearly” came the reply, “After carefully analysis of thousands of brain’s and thousands of brain transplants we have observed that the majority of artist’s brain’s have hardly ever been used”.
Posted by The Commonty at 1:39 PM

Email ThisBlogThis!Share to TwitterShare to FacebookShare to Pinterest
Labels: Other