Down With Gravity Exhibition At Bladnoch Creamery

A new art gallery recently opened its doors at the former Bladnoch Creamery near Wigtown. Unit 3 gallery is the brainchild of Steve Dowling who is best-known for making the strongest stoves in the world via his company Dowling Stoves. Gallery 3 is situated in a small corner of a monolithic collection of buildings which have a decidedly Bohemian feel. This comes from some of the buildings being semi-derelict and also partly colonised by local artists including a potter, artistic blacksmiths and a small but perfectly formed recording studio. 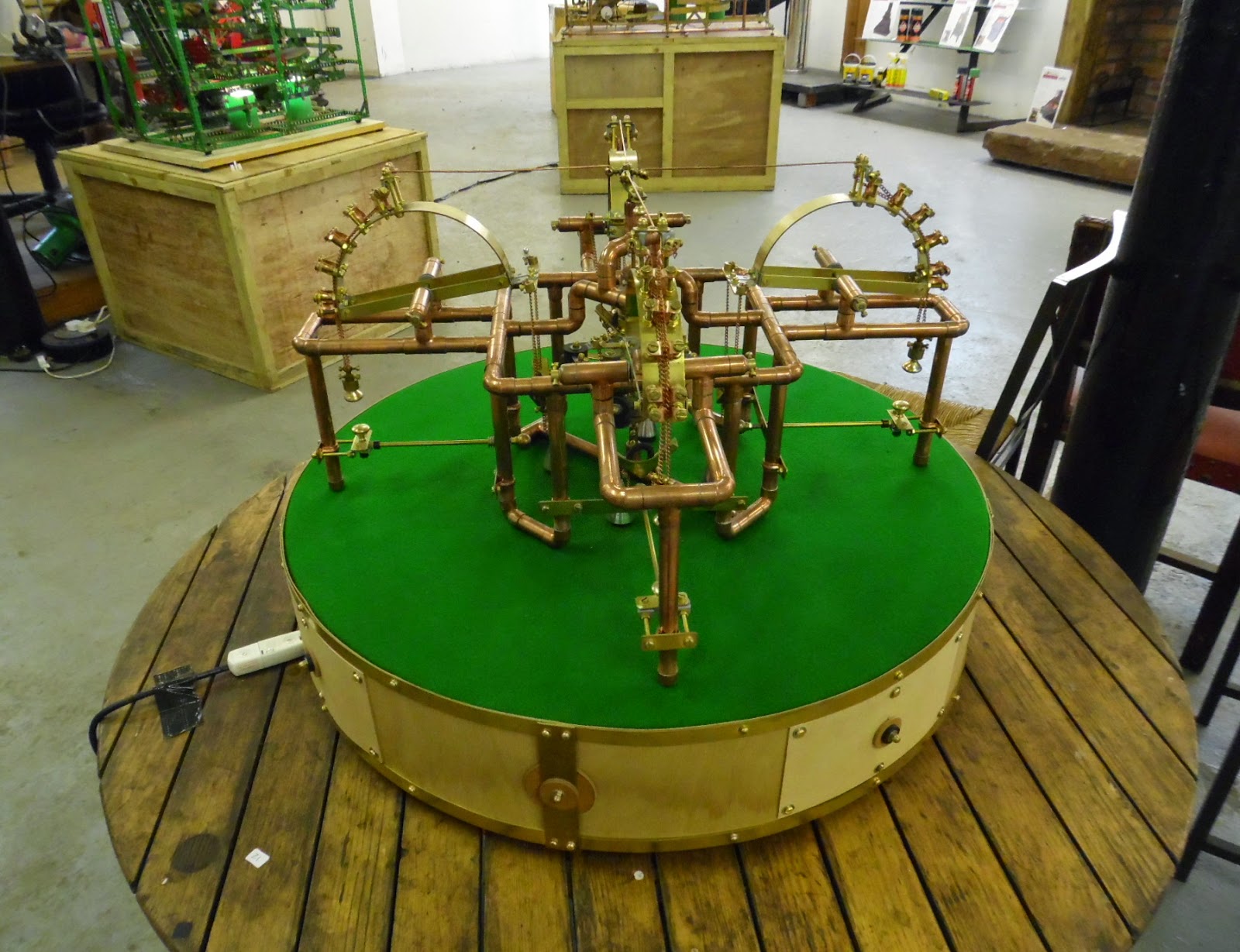 Gallery 3 is hosting its first exhibition called “Down with Gravity” which features the work of Kinetic Sculptor David Williams. Having viewed the exhibition in late December l was fascinated with the variety of moving machines which flipped, turned, bounced and carried ball bearings around escheresque constructions. Monreith based David originally hails from the Black Country and some people may be familiar with his Meccano maquettes which are featured in window displays throughout Wigtownshire.
Down with Gravity is a free exhibition running from 10 am to 4pm through to the end of January, Steve Dowling intends to curate bi-monthly exhibitions in this new formed gallery space which in his words will “stretch the mind a bit and visitors are advised to expect the unexpected”.
Given its proximity to Wigtown, Scotland’s book town and the jet black peat stained waters of the River Bladnoch which runs past the Gallery, l would highly recommend a visit for those interested in a leisurely and enlightening day down in deepest Wigtownshire.


More information about the gallery and inaugural exhibition can be found on www.unit3gallery.co.uk.
Posted by The Commonty at 1:37 PM