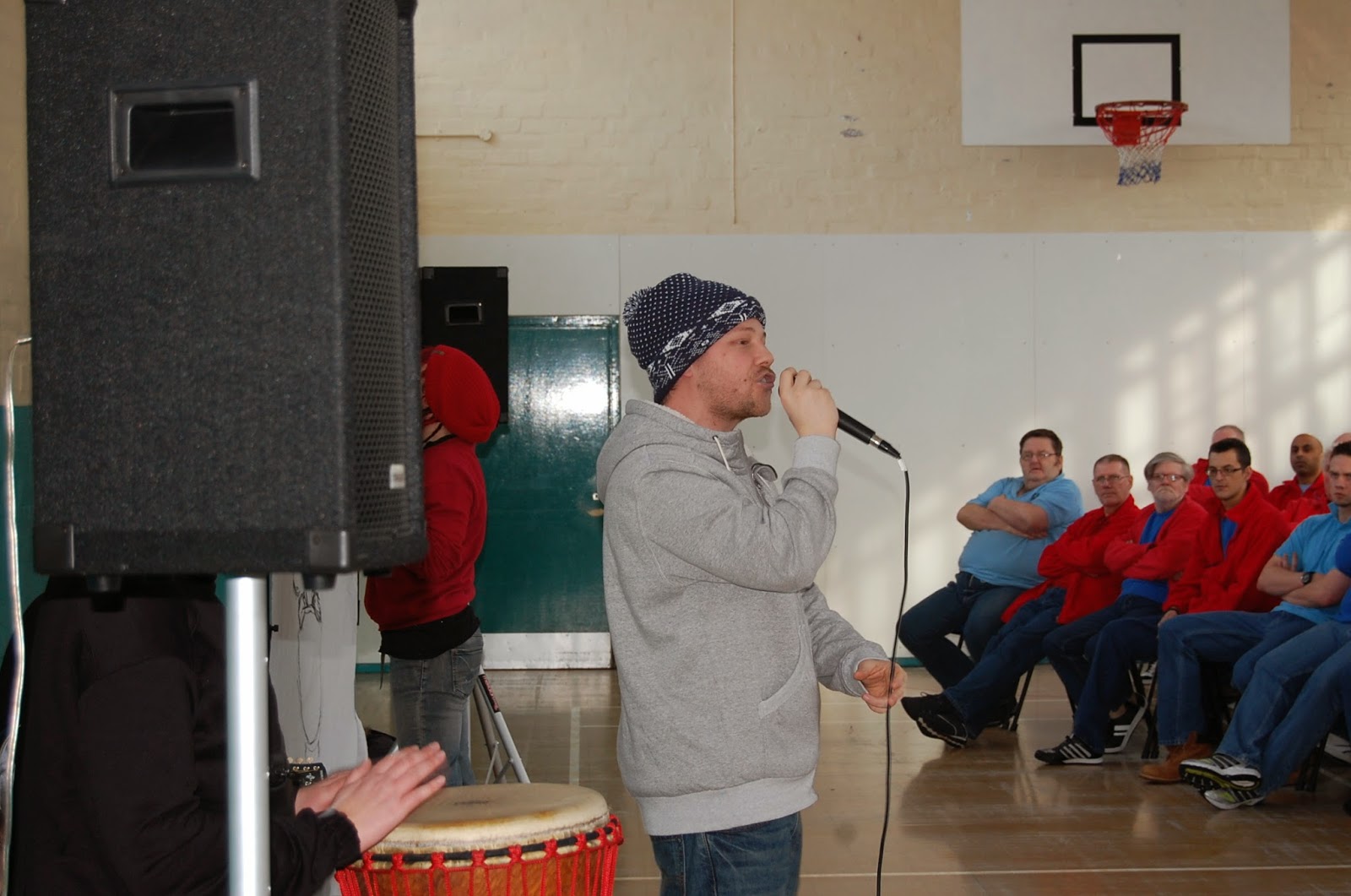 The gig was part of the festival’s outreach work in north-west Dumfries which is getting new groups of people involved with arts, culture and entertainment.
The Glasgow group waived their usual fee and were supported by volunteers from the town’s Electric Theatre Workshop (ETW) which produced the event on behalf of Big Burns Supper (BBS).
Performers Audrey Tait and Louie, and the rest of the group, played from their new Skin and Bone EP as part of a 45-minute show to a group of more than 60 prisoners at the jail.
Singer Louie said: “It’s been an amazing experience to share our music with this guys, they were a brilliant audience.
“And we love coming to Dumfries, every time we come here the place is great for us.
“As soon as we heard about this idea we wanted to do it, the guys here can really relate to a lot of the themes of our music.”
The group also showed their new film The Bird That Didn’t Fly for the prisoners – only the first time it has ever been shown after its premier in Glasgow. The film features music by the group and poetry performed by Liz Lochhead, Scots machar. 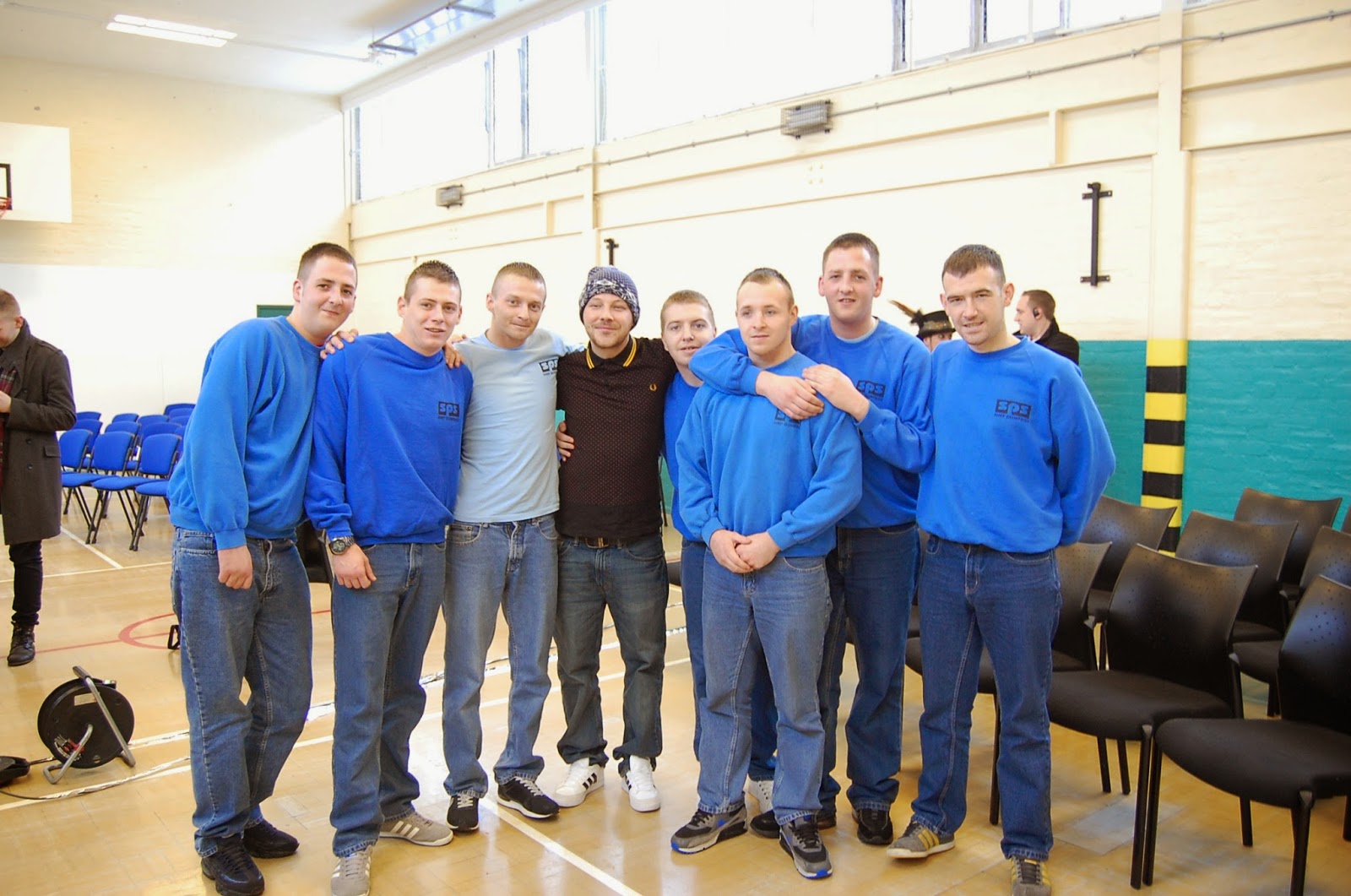 Justin Hyslop, ETW associate director, said: “We mentioned to the group that we were doing some work with the prison service and they immediately wanted to get involved. The gig has been a huge success – they just went down brilliantly with the audience.
“A lot of the men in here are looking at pretty bleak futures after they get out – there aren’t many jobs around. We wanted to tell them about all of our work to give people the chance to get involved with the arts and entertainment worlds, and this was a great way to do that and to inspire them.”
The festival also ran a lantern-making class at the prison. This allowed dads to spend time with their children making lanterns which the youngsters then carried in the huge Burns Night street carnival.
Justin said: “It’s difficult to maintain strong family relationships in prison and this was a superb way for fathers to be doing something really positive with their children that they would all be proud of.”
After the prison gig Hector Bizerk went on to perform at the Spiegeltent – the main BBS venue.
Posted by The Commonty at 3:57 PM