Lauren Dalgleish and Claudia Wood at A' the Airts

From A' the Airts


Two of Dumfries and Galloway’s most popular young singers return to A’ The Airts in Sanquhar this month.
Teenage singer-songwriter Lauren Dalgleish and soprano Claudia Wood will perform at the Royal Burgh’s community arts centre in two special concerts which are expected to sell-out on both evenings. 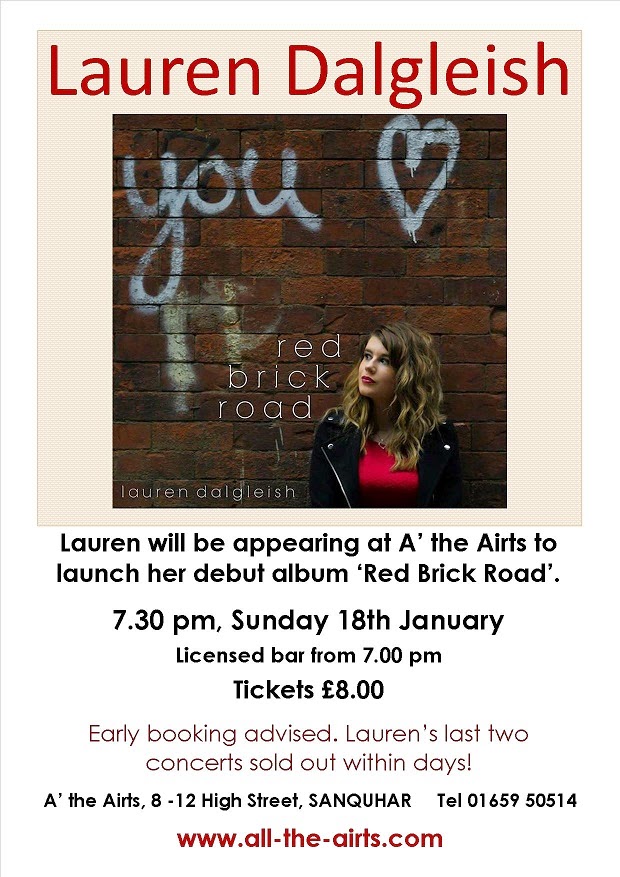 On Sunday, Lauren will launch her debut album Red Brick Road. She will be supported by 15-year-old Deri Ronan, from the Thornhill area, who, like Lauren, is a pupil of Robert Maitland. She started singing and writing songs at the age of 13 and has been described as a “beautiful lyricist”. 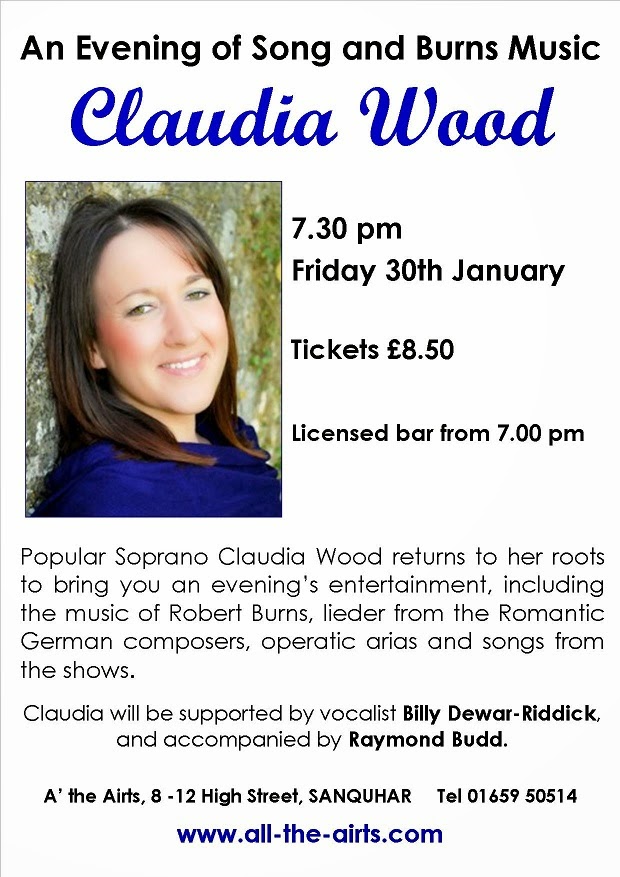 On Friday, January 30, Claudia brings her audience an evening of  Robert Burns, Lieder from the Romantic German composers and operatic arias and songs from the shows. Claudia, who is a graduate of the University of Cumbria, is presently studying at the Birmingham Conservatoire for a post-graduate Diploma in Vocal Performance.

Both shows take place at 7.30pm. Further information available online
Posted by The Commonty at 11:41 PM