Join the BBS Army (of Volunteers)


A small army of 110 volunteers is being recruited to be at the heart of January’s nine day Big Burns Supper festival in Dumfries.
It’s a great opportunity to be part of a team which does everything from supporting famous rock bands and marshalling the huge Burns’ Night carnival to making costumes and running venues, including the splendid Spiegeltent.
For 2015 there are more opportunities than ever as the festival (which is supported through Scotland’s Winter Festivals, a programme of events managed by EventScotland on behalf of the Scottish Government) is expanding from three to nine days.
Orla Stairmand, who has just taken on the role of Lantern Project Manager, says: “Being a volunteer with the Big Burns Supper has been one of the most rewarding experiences I have ever had.  There is never a dull moment and your involvement starts the moment you sign up. 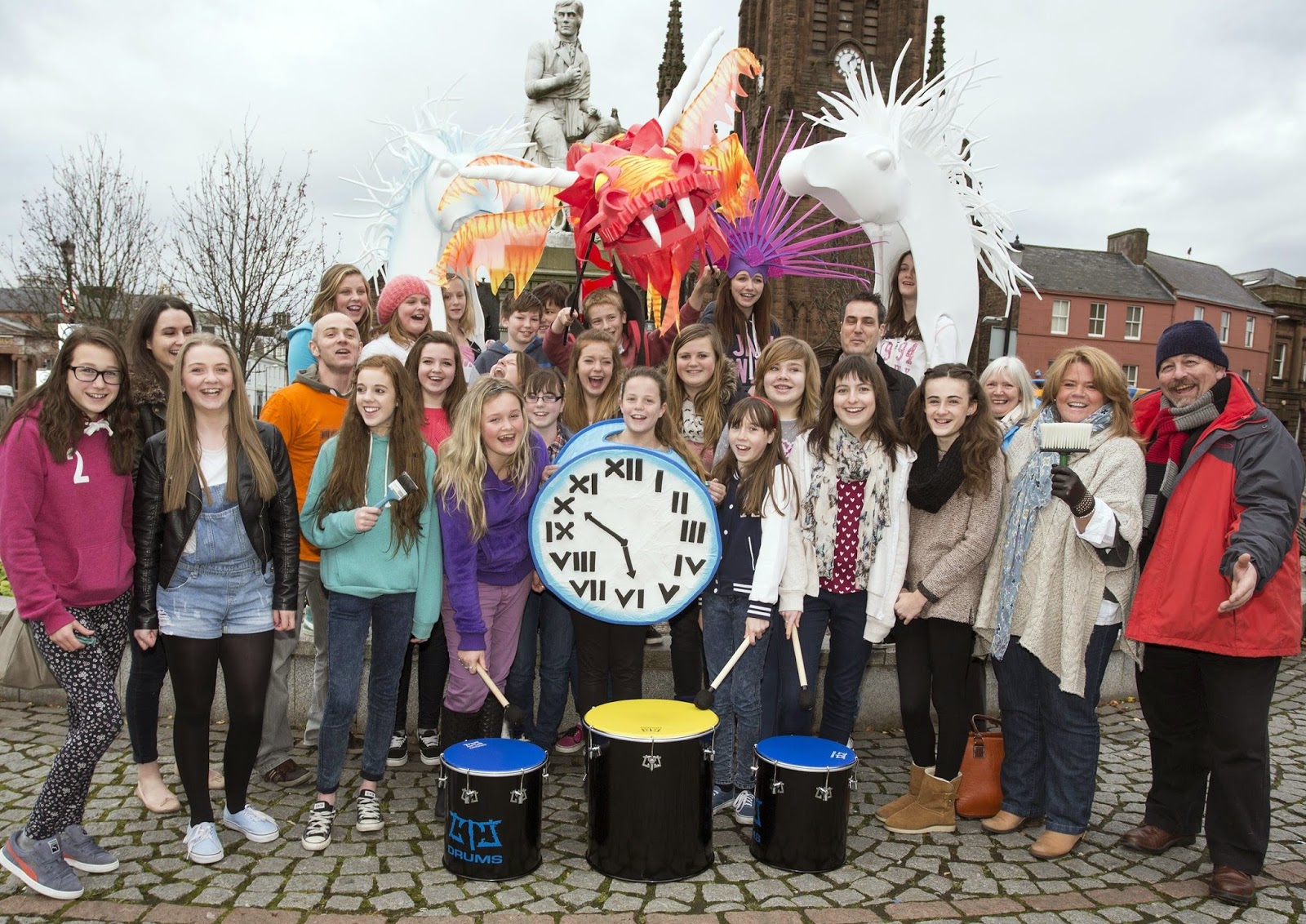 “This will be my third year being part of the BBS family and I have done everything from gluing costumes, face painting, helping with the local schools, bag packing and generally being one of the many ambassadors for this great community event. I have been lucky enough to be part of the Spiegeltent team over the years, greeting the audiences and am looking forward to greeting many more.
“Being a marshal at the 2014 Carnival was very special and it was an honour to be a part of such an amazing spectacle. I would encourage anyone who is interested in volunteering to sign up and join in the fun."
The work is already underway and anyone who wishes to get involved in Europe’s largest winter fringe festival just needs to fill in a simple form on the Big Burns Supper website at http://2014.bigburnssupper.com/about-us/volunteer-with-us.php
Around 70 people are needed to marshal the carnival – giving them a chance to be part of one of the biggest and most colourful events Dumfries has ever seen. Another 10 are wanted to staff the Spiegeltent, the mirrored tent where many of the biggest acts like Hue and Cry and the Undertones will appear, with more to run the festival control room and to act as a rapid response team to be on hand wherever they are needed.
Moira Priestley, Big Burns Supper Volunteer Co-ordinator, said: “The volunteers are the lynchpin of the whole festival – without them it simply wouldn’t be possible. And the work is starting right now, so it’s a great moment to get involved.
“Volunteers really get a lot out of being part of the team and get really passionate about the festival. And best of all is the sense of pride you feel when the carnival takes place, or a show goes on, and you helped make it happen.”
There are opportunities for people of all abilities and also for those with lots or limited amounts of time to offer.
Being a volunteer can also provide valuable work experience for those wanting to build up their CVs.
Some volunteers are eligible for free tickets to selected shows.
Next year Big Burns Supper will celebrate the Year of Food and Drink Scotland 2015 and the UNESCO Year of Light through the Burns Night Carnival which is supported by Holywood Trust and Awards for All.
Year of Food and Drink Scotland will build on the momentum generated by Homecoming Scotland 2014 with a series of exciting events and activities celebrating Scotland's outstanding natural larder.
Posted by The Commonty at 11:41 PM