The Stove project in Dumfries is an artist-collective producing work related to the context of our town – here
Over the last couple of months a cross-disciplinary group of artists from the region have been meeting to pool ideas for an event that The Stove will create over 27+28 January 2012 (our event is being presented as part of The Big Burns Supper festival – www.bigburnssupper.com). 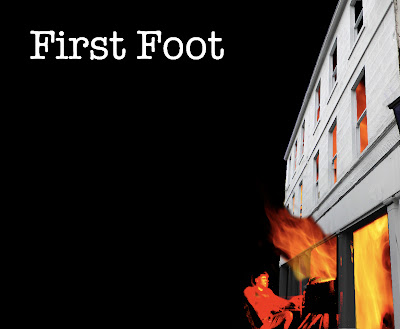 We are planning a three-part project – called ‘First Foot’ as this is the first time The Stove will be sprung upon an unsuspecting public:
1.     ‘Windows for Burns Night’ – artist/poet collaboration Hugh Bryden and Dave Borthwick are producing a mail-art project that invites poets ranging from Seamus Heaney to local writers groups to write some verse on a piece of transparent Melinex – these will be installed in windows around the town and the ground floor windows of The Stove which will act as the home base for the project. ‘Windows for Burns Night’ is inspired by the re-creation of three panes of glass that the poet inscribed with his diamond ring – these facsimiles are being made for The Globe Inn who sold the originals in the 19th century.

2.     An outdoor open-access Ceilidh with food created as a ‘streetfood’ version of a Burns Supper (Saturday night)


We are asking artists to get in touch with an expression of interest to present a light-based/moving image/projected stills project for the windows of the building – on the theme of ‘First Foot’ (ie welcome/initiation/travel/strangers/home). You will see from the attached image that The Stove has two storeys of upper windows. On these windows we propose to programme a series of back-projection installations.
We are open to ideas that can be presented as part of a programme of work that runs 7pm – Midnight on the Friday and Saturday – we are also open to ideas that involve sound etc – basically we want to show a diversity of work – work that brings contemporary art to Dumfries.

There are a number of ways that you can get involved - either as an artist on the Projections project or by assisting on the production/making/generalhelpingoot fronts.

Finance
To date the Stove project has been developed by a core group of willing volunteers. However, we have made several applications for funding for a series of events throughout 2012 (of which ‘First Foot’ is the first).
If we are successful with the funding applications we will pay contributing artists a flat fee (to include all materials and technology etcetera), and will work out a fair deal with everone else that is involved. If we are unsuccessful in raising monies then we plan to go ahead anyway with the best project that we can muster from begging, borrowing and err improperly accessing...

We have settled on the back-projection idea because we believe that it is do-able with available/borrowable resources and the layout of the building lends itself to such a project being secure and manageable.

We are very aware of the short timescale and the uncertainty over money…but we hope you might see this as an important opportunity to contribute to much-needed momentum for Dumfries and to become part of a larger project that will grow into an important force regionally, nationally (and beyond).

Timescale for others - please send us your details and we'll let you when the first production meeting is. (NB no need for those who have already been involved in discussion to get in touch- dinnae fash, you'll be hearing from us!)

The Stove
Art and Dumfries in the same sentence